Polycystic ovarian syndrome (PCOS) is a hormone disorder that occurs in women of childbearing age. PCOS is characterized by menstrual disorders and excessive levels of masculine hormones (androgens).

Excessive androgen hormones in PCOS sufferers can cause the ovaries or ovaries to produce many fluid-filled sacs. This condition causes the egg cells to not develop properly and fail to be released regularly.

Polycystic ovarian syndrome can also cause sufferers to be infertile (infertile), and more prone to diabetes and high blood pressure.

Until now, it is not known exactly what causes PCOS. However, there are several factors that are thought to be associated with PCOS, namely:

Insulin is a hormone that lowers blood sugar levels. Excessive insulin levels cause an increase in the production of androgen hormones and a decrease in the body’s sensitivity to insulin.

This is because some PCOS sufferers also have family members who suffer from PCOS.

Symptoms of polycystic ovary syndrome can occur when a woman has her first period at puberty. Although PCOS symptoms often appear as teenagers, there are also PCOS sufferers who only experience symptoms as adults or during certain periods, for example when their weight increases significantly.

Here are the symptoms of PCOS:

PCOS is often characterized by irregular or prolonged menstrual periods. For example, PCOS sufferers will only experience menstruation less than 8-9 times in 1 year. The interval between periods can be less than 21 days or more than 35 days, or menstrual blood is heavy.

Increased levels of androgen hormones in women with PCOS can cause physical symptoms like men, such as the growth of thick hair on the face and body (hirsutism), as well as the appearance of severe acne and baldness.

In PCOS sufferers, pockets of cysts can be found around the egg (ovary).

Some parts of the body with PCOS can darken, especially in the folds, such as the neck folds, groin, and under the breasts.

When to go to the doctor

Check with your doctor if you have PCOS symptoms, such as irregular periods. Untreated polycystic ovarian syndrome can make it difficult for the sufferer to get pregnant or be infertile because the egg cannot be released (no ovulation).

People with PCOS who are pregnant are also at risk for premature delivery, miscarriage, high blood pressure, or gestational diabetes. Therefore, do regular check-ups with the obstetrician during pregnancy so that the health conditions of the mother and fetus are monitored.

If the patient is confirmed to have PCOS, the doctor will perform a number of other tests to detect complications that may occur due to PCOS.

Treatment for PCOS depends on the symptoms the patient is experiencing, such as hirsutism, infertility, or severe acne. Following are the methods for dealing with PCOS:

The doctor will recommend exercise and a low-calorie diet to lose weight. This is because the symptoms of PCOS will subside as the patient’s weight decreases. In addition, exercise is also useful to increase the effectiveness of drugs and help increase patient fertility.

Doctors may also recommend taking progesterone alone for 10–14 days for 1–2 months. The use of this hormone can regulate the menstrual cycle is disturbed.

Other drugs that can be used to normalize the menstrual cycle and help with ovulation are:

In addition to birth control pills, doctors can give spironolactone drugs to reduce the symptoms of hirsutism due to excess androgen hormones. Spironolactone can counteract the effects of androgens on the skin, namely the growth of thick hair and severe acne.

In addition to the several treatment methods above, doctors can recommend patients to perform electrolysis to remove body hair. With low electric current, electrolysis can destroy hair follicles within a few treatments.

Untreated PCOS can put the sufferer at risk for the following complications: 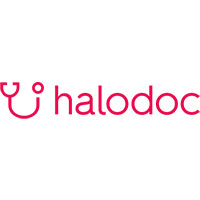 Mother, Pay Attention to the Early Signs of Baby Teething Functions of the Esophagus in the Human Digestive System