The following are some types of Streptococcus bacteria and each description of the infection:

Streptococcus type A bacteria can live on the skin and throat of humans without causing infection. However, transmission can still occur if:

Some risk factors that can increase a person’s risk of developing type A Streptococcus bacterial infection are:

The severity of the condition experienced depends on the character of the bacteria and the reaction of the patient’s body. For example, some types of Streptococcus type A bacteria can produce unique toxins or proteins. These toxins and proteins play a role in the process of disease in humans.

These bacteria can stay temporarily or for a long time in the body of adults. The pattern of distribution is not known. However, these bacteria are not spread through food, water, or sexual intercourse.

In adults, the risk of developing type B Streptococcus bacterial infection is higher if the following factors are present:

Streptococcus type B bacteria can also cause problems in newborns. This bacterium is passed from the vagina to the baby during a normal delivery process. Some factors that can increase the risk of type B Streptococcus bacterial infection in infants include:

While the symptoms that appear in infants are divided based on the time of appearance. Early symptoms or those that appear within 24 hours after the baby is born include:

Meanwhile, late symptoms or those that appear 1 week or 3 months after birth, include:

When to go to the doctor

Check with your doctor if you or your child experience any of the complaints mentioned above. The sooner the infection is found and treated, the better the chances of recovery and avoiding complications.

Detection of Streptococcus bacteria can be done by examining the swab on the infected body part, for example taking a sample from the throat in conditions of strep throat. In addition, urine, blood, or cerebrospinal fluid can also be used as samples.

In pregnant women, a swab examination is carried out in the vaginal or rectal area at 35 to 37 weeks of gestation. The results of the swab examination will be out in a few days. However, if rapid results are required, a rapid antigen test can be performed.

If necessary, further examination will also be carried out according to the condition of each patient. For example, to detect soft tissue damage due to infection, examination can be done using X-rays, CT scans, or MRIs.

To treat a Streptococcus infection, the doctor will give the patient antibiotics. Antibiotics can relieve symptoms while preventing transmission to others. The type and dose of antibiotics given can vary, depending on the patient’s condition.

The following are the actions taken by doctors for each type of Streptococcus infection:

To treat type A Streptococcus infection, the doctor will prescribe a penicillin class of antibiotics, such as:

The drug can be taken orally. However, if the infection is severe, the drug will be given through an IV.

In patients who have an allergy to penicillin drugs, the doctor will give the antibiotic erythromycin or azithromycin as a substitute. The amount of the dose given will also be adjusted to the patient’s condition.

In certain conditions, surgical procedures need to be performed to remove body tissue that has died due to infection. The goal is to prevent the spread of bacteria in the body.

To treat type B Streptococcus infection, antibiotics that can be given by doctors are penicillin and ampicillin. However, in patients who have a history of allergy to penicillin, the doctor may give the antibiotic cefazolin, clindamycin, or vancomycin.

Pregnant women suspected of being infected with Streptococcus type B will be given antibiotics during delivery, especially if:

Giving antibiotics to the mother during labor can reduce the potential for early symptoms of type B Streptococcus infection to appear in the baby, but cannot prevent the onset of late symptoms.

For type B Streptococcus infection, complications that may arise depend on the patient’s age and health condition. In severe infections, babies can develop sepsis, pneumonia, and meningitis which are at risk of death.

In some babies, long-term complications can occur, such as:

Meanwhile, complications that can arise in pregnant women are:

To prevent type B Streptococcus infection in newborns, pregnant women are recommended to have regular check-ups, especially in the third trimester of pregnancy, so that treatment can be carried out immediately if signs of infection are detected. Get to know Taekwondo, Basic Techniques, and Belt Levels 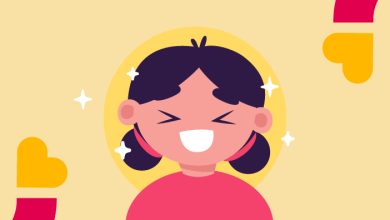 5 Child Development Psychology That Must Be Understood Is it dangerous for babies to sleep on their side? Fact Check!