Poxvirus is a type of virus that can cause skin disorders. This virus can infect humans as well as animals. Therefore, it is very important to know various facts about poxvirus so that you know how to prevent and treat it.

There are various kinds of viruses that can attack humans and even threaten life when they attack. Some types can be prevented by giving vaccines, but there are still many that have not found a way to prevent them. Poxvirus is one of the viruses that can infect humans. To know various facts about poxvirus, read the following review!

Poxviruses are brick or oval-shaped viruses with large double-stranded DNA genomes. This type of virus exists throughout the world and causes disease in humans and many other types of animals. Poxviruses infections typically result in the formation of lesions, skin nodules, or disseminated rash.

Infection in humans usually occurs due to contact with animals, people, or something that has been contaminated. Meanwhile, some poxviruses, such as smallpox (variola virus), no longer exist in nature, other poxviruses can still cause disease. Some types that still attack are monkeypox, orf virus, molluscum contagiosum, and others.

Here are some facts to know about poxvirus

Particles of this virus are shaped like bricks with the longest dimensions reaching 250-300 nanometers. Its surface is surrounded by hollow spikes and contains deoxyribonucleic acid (DNA). The virus develops completely in the cytoplasm of the affected cells. There are two different infectious virus particles, namely IMV and EEV.

This virus can be transmitted in several ways, namely through cuts or abrasions on the skin and from an environment that has been contaminated either directly or indirectly. When it occurs in animals, this virus can be transmitted through the bite of an arthropod. Poxviruses can survive in environments where temperatures are below average and can survive for years in dry scabs or other places.

The threat posed by poxvirus is known to have been dealt with effectively worldwide. Smallpox, a poxvirus, was eradicated from most countries in Europe and the US in the 1940s, but was still prevalent in the Indian subcontinent and much of Africa in the 1960s. With proper eradication efforts, smallpox has been successfully combated with the last recorded case being in 1979.

Vaccines that prevent Poxviridae infection include traditional attenuated vaccines and recombinant protein vaccines. Live virus vaccines are currently used to prevent several types of inherited diseases, such as capripox, parapox, camelpox, and fowlpox, which are effective in inducing long-term immune responses in the body.

Well, those are some facts about poxvirus that you need to know. Indeed, viruses have always been a scourge for humans since time immemorial. Therefore, it is very important to keep the immune system at its maximum so that the incoming virus can be handled properly. 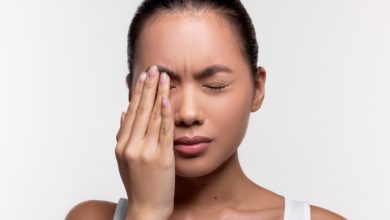 Powerful and Easy, This Is How to Treat Eye Pain with Natural Ingredients

4 Ways to Deal with Trauma Caused by Divorce